Still battling with the coon, but haven’t actually seen it lately… I think that’s kinda good… it’s not so ballsy as to just waddle through the yard when I’m there?

So, update on the bungee–I don’t think I had it on quite tight enough, as I found it one morning all sorts of tipped over and spilled (luckily I only had 1/3 left, and it hadn’t had room to completely tip, so I didn’t loose more than 1/2 to 1 gallon.  Then again, a gallon smeared around looks like a mess…So, I moved the container up into the cart, and tightened the bungee.  The next morning, it was tipped over but still closed, so that’s a real improvement.  I’m hoping that I can make it just such a pain to stop in for a quick major gobble that the coon will generally go away.  I know it still will be able to get eggs, but I’m planning on planting some hots sauced eggs if it doesn’t leave soon… or maybe tonight if I get around to it. 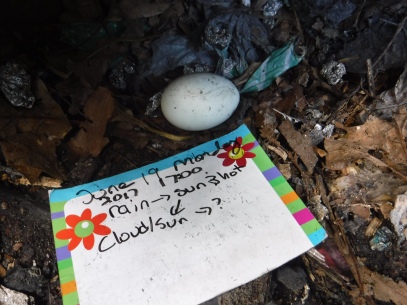 Here are the pictures from the 20th. We lost a few eggs to the coon (presumably it was the coon) today. It’s been rather hot (ok, to me it’s getting nasty hot, it’s beyond unpleasant, but it hasn’t reached super hideous yet, or as I call it, shideous…which is even worse than incredibly hideous, or ihideous…).

And then there is June 21. As you can see, the head IS getting to me!  So yah, it was really and truly the 21st…(I realized this after I was putting the eggs away after taking the pictures….so I amended the sign, ran out and took a quick picture). 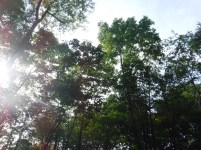 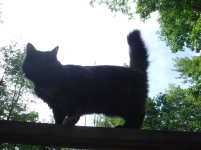 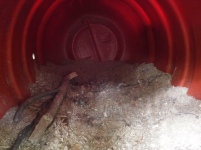 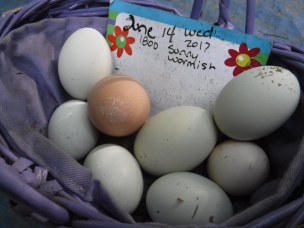 June 22. I had a later shift, so I got home wellllll after dark, and didn’t quite leave late enough to get the eggs before I left, so…well, the coon got some too.  He also dug a bit around in the food dispenser, but since I’ve started tying it just upright, but ever so slightly not hanging (because I’ve never had luck with them hanging level and not getting bashed or hopped onto or whatever, by whomever and ending up with the bottom detached or broken), but anyway, it is really hard to tip it, it just scoots a bit over and stops. 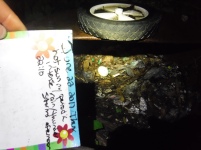 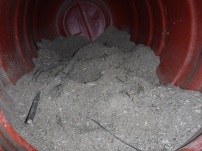 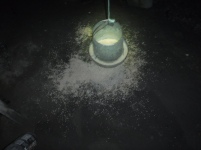 And lastly for this update, here is the 23rd.  I’ve been around the yard more of the day, and was able to get to the eggs before the coon!  Hooray! And the bungee on the food container seems to still be working.  The eggs in the nesting box in the big coop were laid by Pixie and (99% confidence here) Pebble, as Pebble was in there when I snagged the first round of eggs. 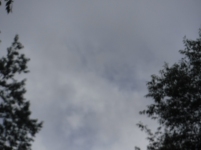 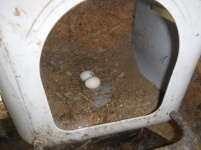 I’d also like to say that the pictures of the sky/clouds were an attempt to capture a bit of blue. It’s rained or poured or misted or pre-misted and gloomed clouded (but usually with some degree of precipitation) since yesterday…and then just as I was finishing jogging with Kyle, it broke up a bit and we saw a bit of blue sky.  I put the kitten in his play pen thingy for a bit of exercise but Jezza wasn’t to sure about wet grass…I did the Egg-A-Day collection, and got the fur baby crews’ dinners ready…and a few minutes after that it was raining again and still is somewhere between light mist/heavy fog and decent rain…sigh.  It won’t rain forever, and at least it’s lot cooler out there!

Thanks for visiting, reading, and looking, hope you enjoyed.