It’s been a busy last few weeks, what with getting Doc’s trip stuff ready and adapting to things as they happen, as well as dealing with a few critter challenges, and GPS glitches.

There’s probably a few things which will end up sliding through the cracks, but at least here is a start at keeping things up!  This is Doc’s departure from Boston, PA on his trip from approximately Pittsburgh to D.C. as a sort of shake-down cruise… well, if things go well, it would be a cruise!

We got up pretty early, and luckily the weather held off on the beginning of the storms until later in the day, so for the moment it was that spring-like chipper weather that just makes your whole body resonate with get outside and do something… 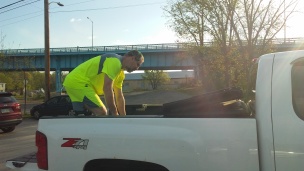 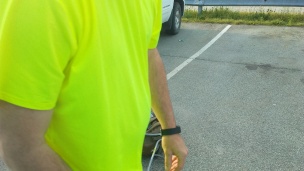 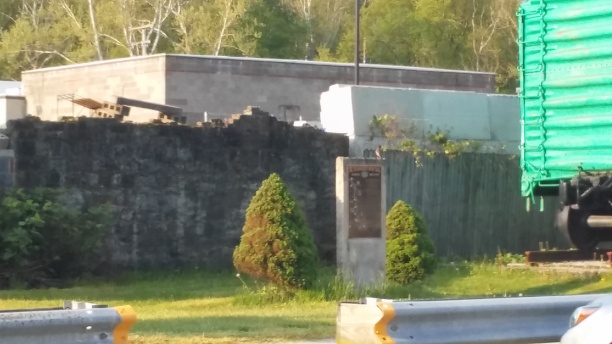 There was a cool little shed-turned-visitor center, which was just opening for the day (and I think for the season), run by volunteers.  They had maps, t-shirts, patches, stickers, and beverages, and it was right on the trail.  Not surprising, as it was actually a visitor center about the trail and the groups which help maintain/care for it.

In addition to checking out the little visitor center, Doc got busy getting his bike out and ready. Making sure all the doo-dads were where they needed to be, water bottles were full and in their little holders, and stuff like that kept him busy so I took some pictures… well, a lot of pictures. 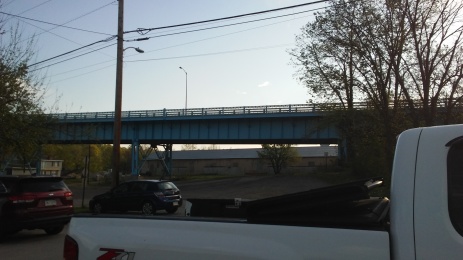 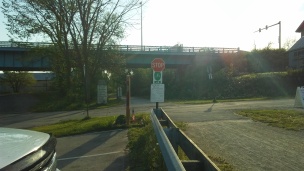 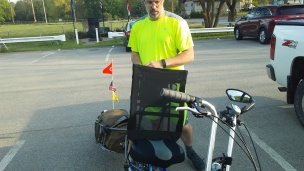 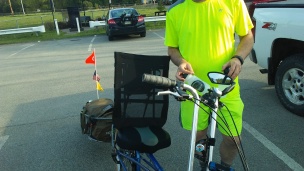 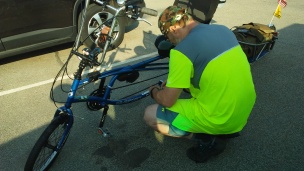 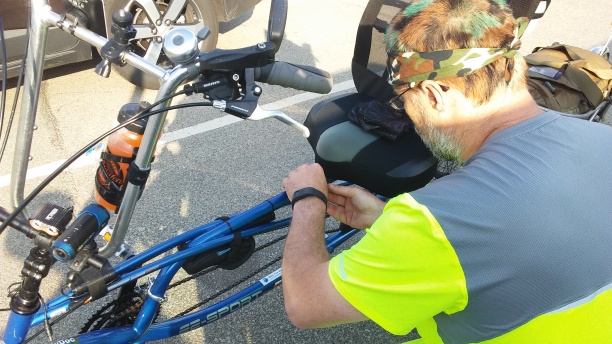 In fact, it’s kind of all we really did… I held things a few times, but mostly it was getting everything ready, and getting on the bike.

And then it was one last hug, and good lucks, and have funs, and riding off into the distance. 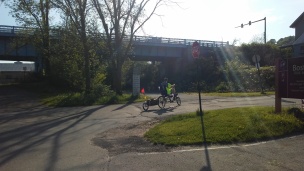 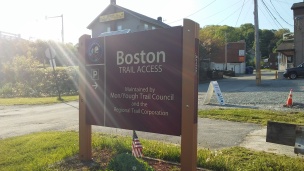 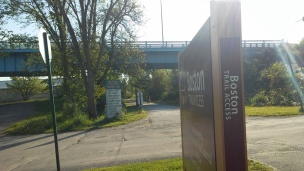 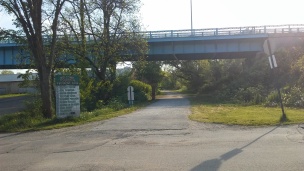 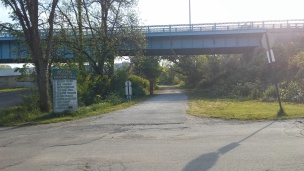 And then when I got home, Kyle was a little suspicious but not too upset for a while, as I was doing some chores around the yard.  It was later in the evening when Doc hadn’t gotten back and it was getting dark, and Kyle started to post a watch on the road.

And that’s it, Doc’s on the trail and pedaling (generally) east.  And getting rained on.