I wanted to make a nice raised bed garden for my peppers, tomatoes, and onions. I love homemade Rotel Salsa. I also made a Herb Garden on a section of my fence.

Here is what I did and how…

Here are the only tools I used and materials…

I use the back of my truck as a work bench.

After making the cuts I lay everything out in the yard approximately where it goes.

Then I use 2.5″ deck screws to put it all together. 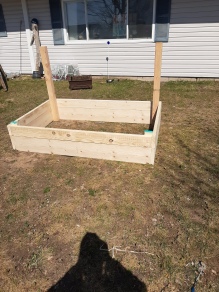 Once assembled I then filled with alternating layers 4″ thick each of manure compost and sand. Topping it off with a few inches of fertilized black soil then mulch. 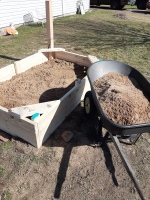 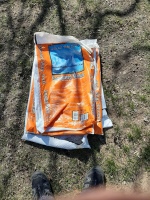 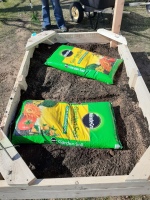 Last I added the lattice for aesthetics and for plant support. 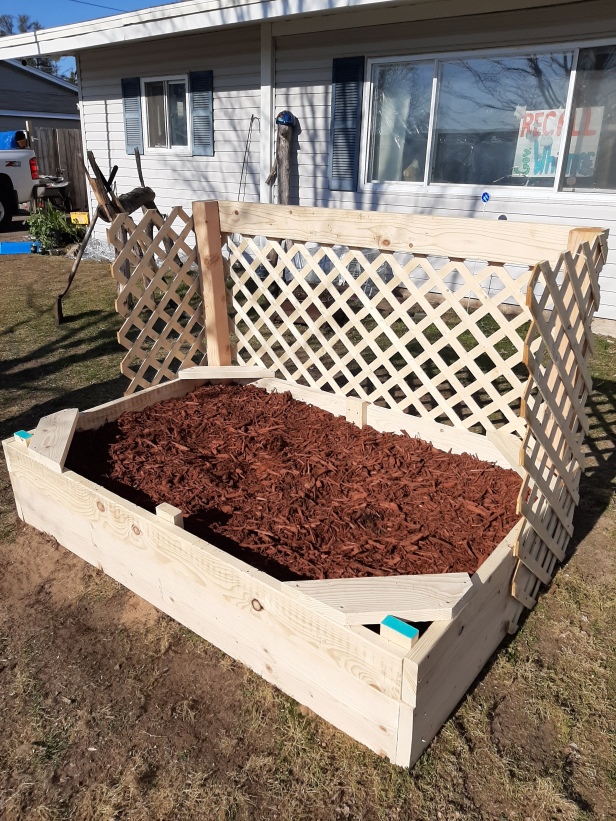 Here is a look at the fence herb garden…

Basically just screwed a 2″x4″ onto the fence for trough support. Then screwed the troughs to the fence and 2″x4″. Drilled a few drain holes in there bottoms. Then planted herbs in the top two and strawberries in the bottom two.

And that’s it for now. Hope you liked it 🙂