This article is not to discuss the “RIGHT” of anyone to carry a gun on the Appalachian Trail but rather instead to discuss the “NEED” for doing so. I do agree those legally allowed to own a gun have every “RIGHT” to carry one wherever a gun is legal to be carried. I own several guns of many types. I carry a gun daily everywhere I go in the city. I also hunt and I am an Army Veteran. I am pro gun and feel everyone should own one with a proper background check. With that said I believe we can all agree this article is not about the “RIGHTS” but instead it is about the “NEED” or “WANT” to carry a gun while backpacking on the Appalachian Trail.

Just How Many People Are Out There On The AT?

Roughly 3-4 million people utilize a section of the Appalachian Trail yearly. (That’s all inclusive counting day users, through hikers, section hikers, and campers) Around 1,800-2000 people attempt to through hike the entire trail yearly.

“According to the ATC’s records as of this December, 1,385 northbound thru-hikers, or those who walk the A.T. from Georgia to Maine, have passed through Harpers Ferry, resulting in an increase of 9 percent over last year’s data. The number of southbound thru-hikers, or those who walk from Maine to Georgia, has increased by 14 percent to total 192. The number of those who choose to thru-hike the A.T. in an alternative, non-contiguous way that disperses use has increased dramatically, with 291 people passing through Harpers Ferry, an increase of 139 percent.”

A pilot study was done to get an estimate on the number of people using the Appalachian Trail:

“For the pilot study, the authors developed a survey design using two instruments—exit-site tallies and a survey questionnaire—to make visitation estimates on a section of the AT. They also used a model-based design for comparison purposes. The initial survey was performed over a 75-day period on a 109-mile stretch of the AT from Harpers Ferry, WVA, to 10 trail miles north of Boiling Springs, PA. The design-based approach visitation estimates were 66,967 and the model-based approach estimates were 70,912 with coefficients of variation of 23 and 16 percent. Using these numbers, the researchers extrapolated annual visitation for the entire trail at 1,948,701 with a coefficient of variation of 20 percent.  by Patty Matteson” 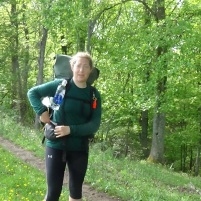 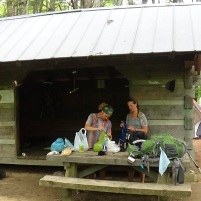 So we can agree, I presume, that there is a LOT of people roaming around on the AT right?

I have been backpacking on the Appalachian Trail (AT) consistently now for 10yrs. In that time I have never come across a single incident where I felt the need to have a gun. I’ve never met another hiker on the trail either who claimed they felt the need for one. I’ve section hiked basically the whole southern half of the trail from Georgia to West Virginia in increments of 50-100 miles at a time. In all this time I’ve never seen a fight or any kind of violence among hiker on the AT. Now I have seen people argue.

FIGHT: To commit an act of battery in a fit of aggression

I have seen maybe 3-4 arguments take place on the trail which resulted in the people involved going their separate ways within a few moments. Most people put a lot of effort, time, and money into going out on the AT that they find it is not worth losing it over a disagreement. Many people just ignore those they get a sense of not being on the same wave length as they are, if you catch my drift. The motto of the trail is “HIKE YOUR OWN HIKE” and most people adhere to that.

Now I have heard of fist fights breaking out on the AT here and there over the years but I’ve never personally seen one. The people involved in them claimed there was no need for a gun. 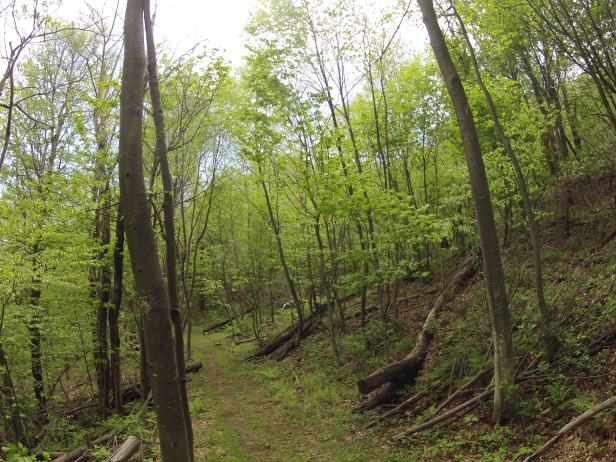 For my article I spent several weeks searching for news reports that would give us reason to “NEED” a gun on the AT. This is all I found…

2015 – Federal authorities captured fugitive James Hammes, who had been hiding on the Appalachian Trail. He had been on the run for six years. Hammes is alleged to have embezzled millions from his employer, Pepsi. Though not investigated for murdering someone on the trail, authorities are investigating Hammes for the murder of his wife, who was killed in a house fire when the Hammes’s home burned in 2003.

(Not a violent crime but last known excitement and I was there for it, I met the man)

2011 – A male hiker from Indiana died on the Appalachian Trail. The Roanoke Office of the Chief Medical Examiner said the man died of “asphyxia by suffocation,” and as of today the murder appears to be unsolved. Here is an http://www.timesdispatch.com/news/appalachian-trail-hiker-s-death-ruled-homicide/article_d1245d42-b927-550b-a6f5-dea7098a7802.html

(I will give you this one; a gun might have made a difference here)

2001 – A Canadian woman was murdered in the White Mountains of New Hampshire. The woman was stabbed to death near the Glen Boulder Trail head just south of Pinkham Notch.

1996 – Two women were found slain in the Shenandoah National Park in Virginia from incisions to the neck. A collection of articles and various updates can be found http://users.fred.net/kathy//at/tragedy.html#earlyon .

(You will have to draw your own conclusion here)

1988 – A young man, Stephen Roy Carr, fired his rifle eight times at two women, Rebecca Wright and Claudia Brenner, having sex in the woods in a Pennsylvania State Park. He struck both women with several shots, and Wright died as a result of those shots.

1975 – Paul Bigley murdered Janice Balza of Wisconsin, an Appalachian Trail thru-hiker. Bigley killed her with a hatchet, reportedly for her backpack that he coveted.

(Not enough info to go on)

(Not enough info to go on)

ABOVE INFO COPIED FROM: http://adventurepossible.com/adventure/murder-on-the-appalachian-trail/ 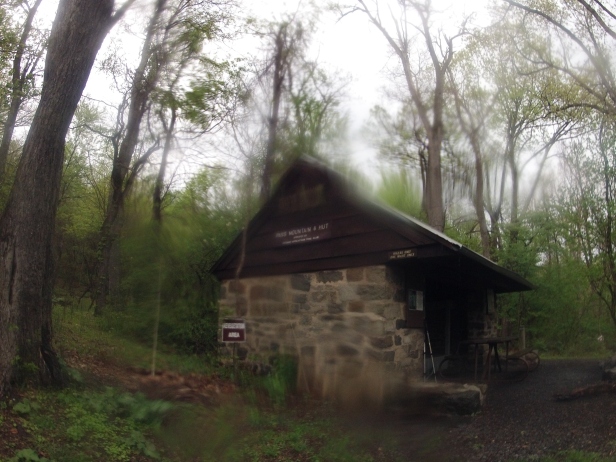 The above incidents, which as you can see by the dates of each, are extremely rare. Especially when taking into account the vast number of people on the AT at any given moment along any given section as per discussed earlier. That’s 41 years with only 9 incidents between 1974 and 2015 of violent crimes where a gun in the hands of the hiker may or may not have made a difference. Let’s face it crime is so rare on the AT that it is probably safer on the trail than sitting in your living room if you live in a city. I felt more afraid to go to high school in the 90’s than I do going on the AT.

In my conclusion, as far as a “NEED” to carry a gun on the Appalachian Trail due to “Human Violence” I see no reason to have a gun while hiking for the purpose of “Self-Defense”.

There are bears, coyotes, feral dogs, various snakes, etc… on the AT that if you do not know how to act around them, then they could be very dangerous to your well being.

They LOVE to mug you for treats and if you don’t give them something they might just knock you down and rob you lol. But that is mainly because they have grown accustomed to getting snacks and now expect it. It is best you do not give them anything.

Does this mean you “NEED” a gun? I don’t believe so.

There are so many things you can do to prevent a dangerous encounter. For starters you just need to take a little time before your trip to learn how to react to the wildlife in the area you are heading into. Animals are actually very predictable. This means you can learn what not to do around them so not to trigger an attack. I will post several links at the end of this article to assist you in your learning how to not trigger attacks from wildlife. 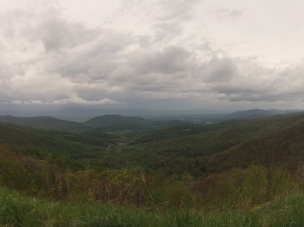 Here are a few tips to prevent animals from attacking you:

For more tips visit the links below referencing animals and leave no trace skills.

I feel there is no “NEED” to carry a gun if you follow these simple rules of engagement with the wildlife. Knowing your enemy or in this case your wildlife is a better weapon than a gun because it can prevent the “NEED” of ever having to use your gun in defense. I have followed these tips for the last 20yrs of my hiking experience and the last 10 of those years have been on the AT. I can proudly say I have never had a wildlife encounter that was not wanted.

Hopefully you enjoyed this article. I hope it helped you to understand the difference between the “NEED” and “WANT” and “RIGHT” to carry a gun on the Appalachian Trail. In my opinion of both cases of defense against humans and wildlife there is no “NEED” for guns on the AT. People may “WANT” to carry a gun and they certainly have a “RIGHT” to but ask yourself this: is it really necessary on the Appalachian Trail?

How Many People Hike the AT Every Year? – CompassLive

Murder on the Appalachian Trail

Murder on the Appalachian Trail | Outside Online

21 Appalachian Trail Statistics That Will Surprise, Entertain and Inform You – REI Co-op Journal

14 thoughts on “GUNS: To Carry Or Not Carry On The Appalachian Trail? That Is The Question…”