Well folks, this is Addie’s first post, so lets see how I do at getting things uploaded and posted properly!  There’s a gap of a few days due to the travel and recovery time after dropping of Ryan on the trail.

If it’s a bit late, a bit unpleasant, or I just don’t have a lot of time, we’ll end up with the “summary picture” for a day.  It’ll just be one picture of all the egg haul in the basket, with the note with the days information.  On nicer days when I have time, I’ll try to take pictures of the eggs ‘in situ’ so you get to see where they were laid, as well as maybe a picture or two of the chickens, thermometer, and a picture of the trees to keep an eye on the leaves and weather. 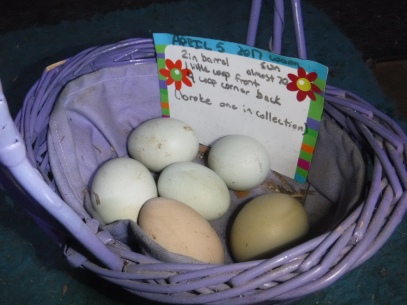 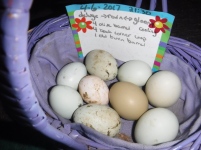 One of the baskets got an inspection by Indy…  Here comes April 8 next. 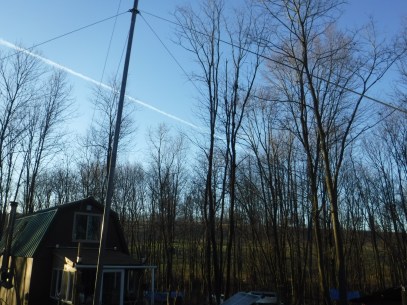 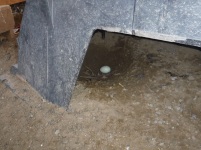 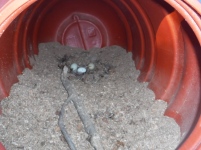 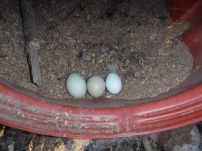 And here is April 9th, 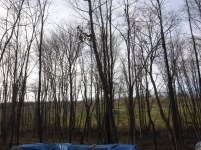 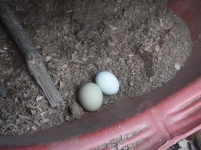 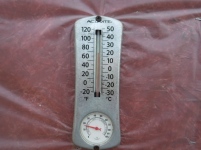 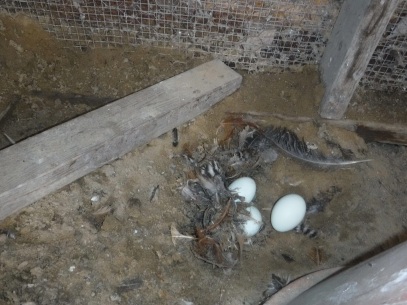 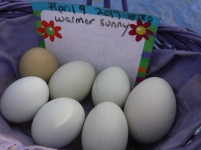 And April 10th.  I noticed something egg related, but maybe not closely chicken related on one of our decommissioned greenhouses.  I might try to keep an eye on it as well this spring. 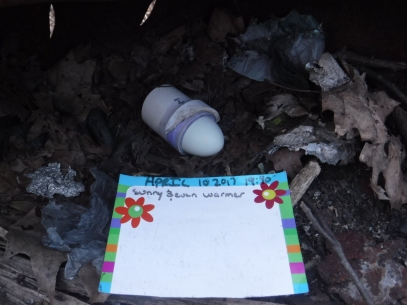 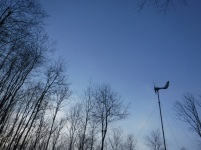 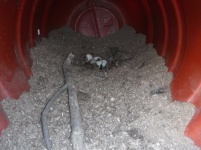 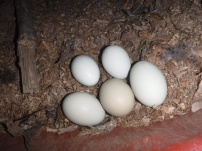 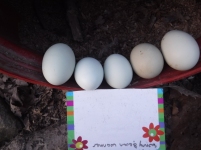 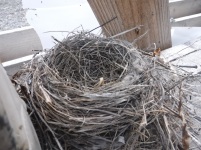 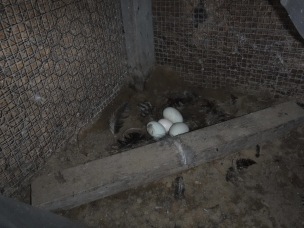 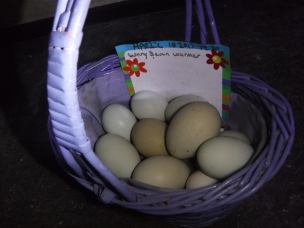 So that’s what we have so far.  I’m not sure who’s made the nest in the greenhouse, but I know we get American Robins in the tree above the greenhouse most years.  They’ll nest on platforms or other ledges at times.  Then again I’ve seen a few Phoebes around in the last week or two, even up on the porch.  We had a pair trying to nest in the back field/forest edge in the really old hunting shack a year or two ago, but I think it had a lot more mud in it holding it together and onto the ledge it was on.  Maybe this one doesn’t need mud because it’s got a nice large surface to support it?  We will see…. although there’s a decent chance nothing will happen to it at all anymore, now that I’ve noticed it.  It’s near the path from the house to the driveway so it won’t exactly be private and quiet all the time.  Then again, maybe it’s a brave bird pair nesting in that nest. For now, we’ll just keep an eye on it (and hope the cats don’t get into it, yikes! I just realized it’s a really poor location in that respect.  But I can’t just remove or move the nest either…I guess time will tell, and all the birds in the area already are exposed to cats, as there are so many feral or semi-feral ones-that’s how we got the Indy, Echo, and Nim).