Hey folks, this is Addie.  I’m currently in Upper Michigan.  I managed to get in a jog along Lake Superior, and took a bunch of pictures.  A few of them were actually in focus, and the birds I was aiming at were actually in shot, so here they are.  I think I’ve gotten pictures of a LeCont’s Sparrow, a Common Yellowthroat, and a Cape May Warbler.  I also got a picture of a Least Chipmunk (I think it’s a Least Chipmunk and not an Eastern Chipmunk—yes, chipmunks come in several species!).  And of course, when I see something a bit humorous, I like to get a picture if it’s tactful. 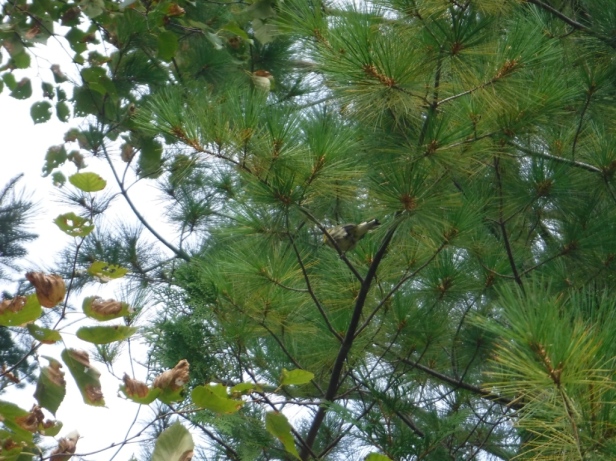 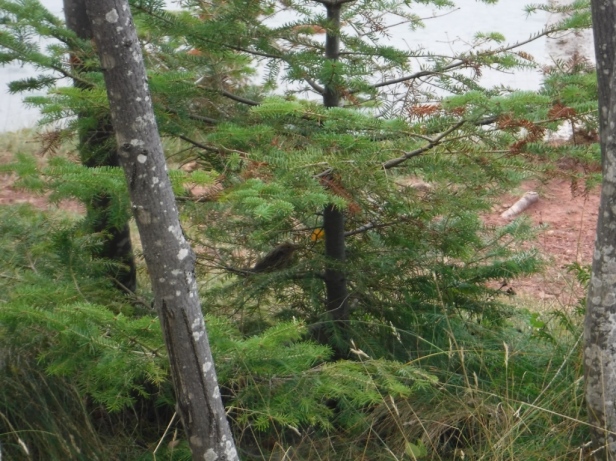 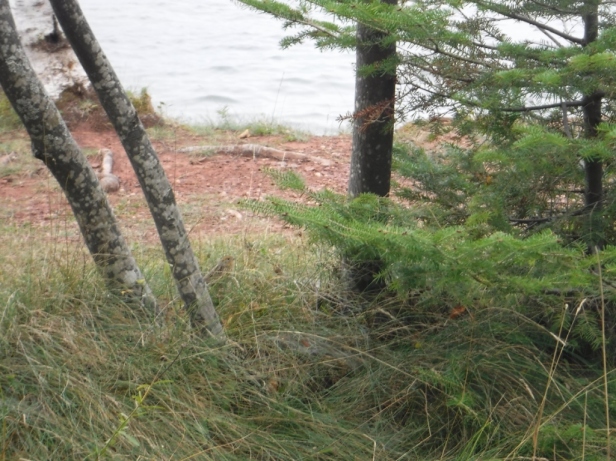 I know the birds aren’t great pictures, but they weren’t exactly all cooperating! Think of it as a chance to play “seek and find” and from there, you can take my suggested identification and check it. I used the Audubon bird identification guide website as my resource for identifying birds, but when it comes to getting this fleeting and blurry kind of look at a bird, I’ll be willing to consider other suggestions!

Thanks for checking in on us, have a great day!