I have Parkinson’s Disease. Most likely acquired it from a severe head injury in the Army. Apparently I’ve had it for years only it took a long time to recognize the symptoms. Today anyone can clearly see. I shake constantly and have trouble doing all kinds of things. My motor skills are slowing. Tying my shoes or cutting my food and writing is difficult among many other things. My motions are slowed and I have to really concentrate on what I want my hands and arm movements to do. Walking feels like I am moving stiff logs for legs around. I also have trouble remembering new things. Speech is quite often slurred or slowed as I find it hard to say words. I have the whole thought in my head but can’t get it to voice. Also finding the right words is often hard. It’s like I can’t verbally explain what I’m thinking because I am literally at a loss of words. I have uncontrollable shaking in my whole body. For short moments I can stop shaking parts of me but overall I shake no matter what. If I get nervous, upset, or excited I shake even more dramatically. I sometimes feel I’m ignored or being left out even though that is not the case. It is the lack of dopamine and other things making me think so.

My family and friends are awesome. Addie takes great care of me and does so much around the house. My neighbors include me in many things. I also go on lots of mini adventures. This month I rode across Upper Michigan on my bicycle. I have plans to do some long distance hiking this summer too. Although my trips are way shorter this year compared to the nearly 3000 miles I rode my bike last year and the 2500 miles I hiked the year before. I am still getting out there and enjoying life.

There is no cure for Parkinson’s Disease. There are many drugs and procedures that can treat the SYMPTOMS but not the underlying cause. I don’t generally take medicine for symptoms. If a drug will solve the cause then I might try it. At this point I am not willing to do surgical procedures either for treating symptoms. However, I have found that CBD oil helps dramatically with a number of issues. It helps with my migraines caused by my brain injury from Army by significantly reducing them. I am pretty much tension headache free as well due to CBD. It also has helped slow my shaking and greatly reduced my tinnitus. But again it only reduces symptoms and does nothing for the cause. It has been a great help though with zero side effects. I highly recommend it for Parkinson’s Disease, migraines, and headaches. This is the exact one I use below…

Some doctors in summer 2018, have given me a lifespan of around 3-5yrs before I am basically dysfunctional and brain dead based on my rate of progression. Others have said they think I can go longer due to my active lifestyle. I say I will do what I can as long as I can and not focus or worry about the inevitable. 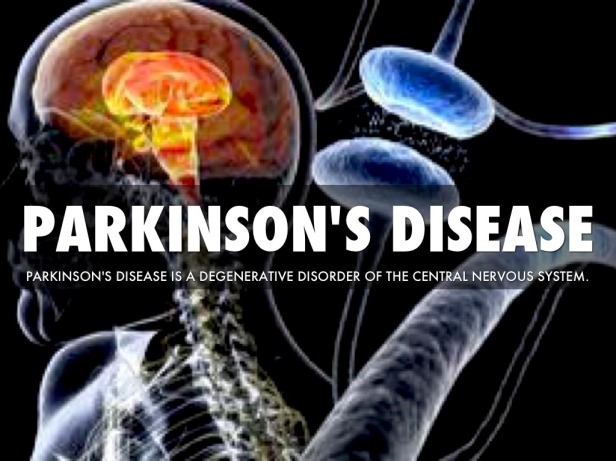 Here is a look at a website on what Parkinson’s Disease is and its 5 stages. I am entering stage 3 currently…

“The 5 Stages of Parkinson’s”  https://www.healthline.com/health/parkinsons/stages

What is Parkinson’s disease?

Parkinson’s disease (Parkinsonism) is marked by the presence of certain recognizable symptoms. These include uncontrollable shaking or tremor, lack of coordination, and speaking difficulties. However, symptoms vary and may worsen as the disease progresses.

The main symptoms of Parkinson’s include:

Many doctors who diagnose this brain disorder rely on the Hoehn and Yahr rating scale to classify the severity of symptoms. The scale is broken into five stages based on disease progression. The five stages help doctors evaluate how far the disease has advanced.

Stage 1 is the mildest form of Parkinson’s. At this stage, there may be symptoms, but they’re not severe enough to interfere with daily tasks and overall lifestyle. In fact, the symptoms are so minimal at this stage that they’re often missed. But family and friends may notice changes in your posture, walk, or facial expressions.

A distinct symptom of stage 1 Parkinson’s is that tremors and other difficulties in movement are generally exclusive to one side of the body. Prescribed medications can work effectively to minimize and reduce symptoms at this stage.

Stage 2 is considered a moderate form of Parkinson’s, and the symptoms are much more noticeable than those experienced in stage 1. Stiffness, tremors, and trembling may be more noticeable, and changes in facial expressions can occur.

While muscle stiffness prolongs task completion, stage 2 does not impair balance. Difficulties walking may develop or increase, and the person’s posture may start to change.

People at this stage feel symptoms on both sides of the body (though one side may only be minimally affected) and sometimes experience speech difficulties.

The majority of people with stage 2 Parkinson’s can still live alone, though they may find that some tasks take longer to complete. The progression from stage 1 to stage 2 can take months or even years. And there is no way to predict individual progression.

Stage 3 is the middle stage in Parkinson’s, and it marks a major turning point in the progression of the disease. Many of the symptoms are the same as those in stage 2. However, you’re now more likely to experience loss of balance and decreased reflexes. Your movements become slower overall. This is why falls become more common in stage 3.

Parkinson’s significantly affects daily tasks at this stage, but people are still able to complete them. Medication combined with occupational therapy may help decrease symptoms.

Independence separates people with stage 3 Parkinson’s from those with stage 4. During stage 4, it’s possible to stand without assistance. However, movement may require a walker or other type of assistive device.

Many people are unable to live alone at this stage of Parkinson’s because of significant decreases in movement and reaction times. Living alone at stage 4 or later may make many daily tasks impossible, and it can be extremely dangerous.

Stage 5 is the most advanced stage of Parkinson’s disease. Advanced stiffness in the legs can also cause freezing upon standing, making it impossible to stand or walk. People in this stage require wheelchairs, and they’re often unable to stand on their own without falling. Around-the-clock assistance is required to prevent falls.

Up to 30 percent of people at stage 4 and 5 experience confusion, hallucinations, and delusions. Hallucinations occur when you see things that aren’t there. Delusions happen when you believe things that aren’t true, even when you have been presented with evidence that your belief is wrong. Dementia is also common, affecting up to 75 percent of people with Parkinson’s. Side effects from medications at these later stages can often outweigh the benefits.

Hope you found this educational 😉